National Strike Force launched themselves on to the Manchester political scene on 28th January 2015 with a day of action across Manchester. 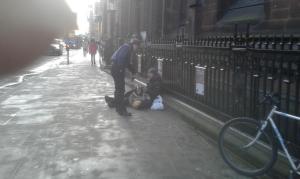 National Strike Force activists started the day by giving twelve homeless people five vouchers each for a hot drink at Greggs the Bakers. All of the twelve homeless people approached were White British males. National Strike Force’s core beliefs are compassion for others and they have a policy of starting all political activity with acts of charity to indigenous British people. 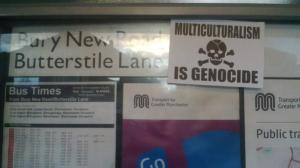 National Strike Force activists saw this sticker on their way to Prestwich in North Manchester. Even though NSF were doing the same stickers they were obtaining property owner’s permission before posting them.

National Strike Force activists then headed up to Prestwich in North Manchester stickering on the way, after obtaining the property owner’s permission at all times. 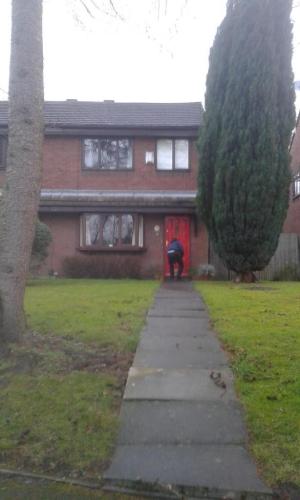 National Strike Force activists distributed the NSF’s message of hope to hundreds of Prestwich residents via door to door leafleting.

NSF activists were soon swarming through Prestwich delivering hundreds of leaflets to domestic properties. A few householders offered their moral support and a £20 cash donation was obtained from an enthusiastic member of the Public. 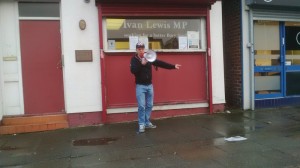 The jewish Labour MP for Prestwich, Ivan Lewis, didn’t want an anti-Globalisation flash demo outside his constituency offices. But he got one anyway.

The day was ended off with a traditional pint of Hobgoblin in a local pub run by a welcoming Nationalist landlord.