If you have read this blog you probably realise the following:

1. All our major Political Parties are led by very corrupt people who are puppets of “big business” and the banks.

Blair was a zionist puppet.

2. A jewish master-race are running Western Society with the help of zionists ( right wing ) and marxists ( left wing ) – they both have the same end result with slightly different routes. A 1% jewish master-race and 99% dumbed down, multi-racial or mixed race, debt slaves. This is also known as the “New World Order”.

Diagram of the New World Order – get the picture yet?

3. Our corrupt Politicians have sold us in to debt-slavery to their real paymasters via the PFI fraud:

and by other fraudulent means of creating debt. 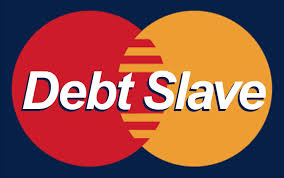 We were sold in to debt slavery by our corrupt leaders.

4. Multiculturalism is the genocide of White Nations.

5. The Tax Credit swindle and low wages have made us in to a bizarre kind of corporate/communist economy. 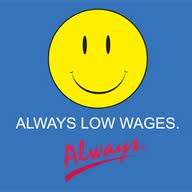 6. The Establishment, Childrens’ Charities and all major Political Parties are run by and riddled with paedophiles, and probably are just one big paedophile network trafficking thousands of British Children each and every year.

The most vulnerable Children in Britain are the playthings of the rich and powerful.

If you don’t agree with the previous six points please return to your rainbow coloured windmill utopia until multiculturalism kicks your door in and takes your kids in to care, or you need a Wonga loan and you wake up, then get back to us.

OK I Get It But What Can I Do?

Bob Crowe is a Marxist multiculturalist kapo Union Boss who earns £130,000 per year – why would a representative of Working People support Globalisation/multiculturalism?

The Unite Union have already hijacked a People’s Protest on November 5th in London. People are left with two choices : either go to a co-opted protest or not go. Either way it’s a victory for the Globalists/multiculturalists.

Forming new groups/Unions/Politcal Parties can be very time and money consuming with the very real risk of years of hard work being hijacked.

How do you hijack or infiltrate a swarm of mosquitos?

By necessity then the British Truth Movement must become a leaderless resistance to Globalisation/multiculturalism behaving like a swarm of mosquitos. This is the only certain way to avoid being hijacked or attacked as each mosquito is individually too much trouble to “squash”. Individuals, or very small groups, are also very difficult to infiltrate and too expensive to buy off due to their large numbers – the elite like big organisations where a few leaders can be bought or disposed of.

Did getting gang raped by muslims really enrich this Swedish Woman’s life?

The so called media pushed “Truth Movement”, who are mainly American, are of no value either. They are either the shills of the big business elite or they wouldn’t be able to get their shows out:

Raising awareness and self-education are the ways forward at the moment. The easiest way to start is to read up on these subjects and then talk to friends/family/neighbours about them. There are now many websites and blogs in the alternative media for information.

The next easiest way is to raise awareness on the internet. You can communicate with hundreds or even thousands of people instantly from your own Home or local Library . There was a very good “Youtube” campaign where someone just went round leaving “Multiculturalism is White genocide ” on every comments board. Also linking to articles on Youtube , Facebook , Twitter etc. can raise the awareness of many People. 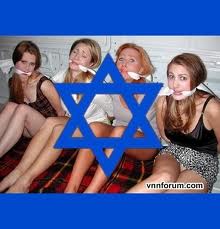 Don’t let political correctness silence us any more. We really are facing genocide.

Starting your own blog can also be a way of raising awareness. The WordPress blog I use is free and easy to use and set up, but there are other options. If you don’t fancy writing to start with, think about copying and pasting articles you agree with – it’s good manners to get permission and credit to correct author( my whole blog is copyright free ). Using other peoples’ articles can be a very easy way to get started, while keeping control of the contents of your blog,

A Mosquito Fighter Aircraft – our ancestors fought for these lands and faced far worse dangers than being called racist by deranged jews and Marxists. Where did our fight go?

An email campaign can also be quick, easy, free to do and still reach hundreds or even  thousands of British People. Copy and paste an article you like, or links to articles and videos, and email out to everyone you know and ask them to forward to all their contacts. If you don’t have an email account simply get a GMX or other free and anonymous account in minutes.

I did a simple email campaign where I used common British names ( i.e. JohnBrown@btinternet.com ) and sent to hundreds of @btinternet.com email addresses, from an anonymous GMX account,  with the campaign below copy and pasted

Another way to campaign against White genocide is to become a BNP activist:

If you have the time, equipment and know how think of producing a video for Youtube, Liveleaks or other video sharing websites. It can be easier to explain certain aspects of Globalisation/multiculturalism the better educated you are on the subjects yourself. If you don’t want to make your own video there are plenty on the internet you can promote like this one here:

Was storming the beaches at Normandy more or less dangerous than getting a free WordPress blog?

United Nations Convention on the Prevention of Genocide:

Article II: In the present Convention, genocide means any of the following acts committed with intent to destroy, in whole or in part, a national, ethnical, racial or religious group, as such:

Article III: The following acts shall be punishable:

Article IV: Persons committing genocide or any of the other acts enumerated in article III shall be punished, whether they are constitutionally responsible rulers, public officials or private individuals.

“If you don’t think one mosquito can make a difference, then you’ve never had one in bed with you.”