This article first appeared in late 2010, however in the light of the Woolwich beheading I believe it needs revisiting.

The entire Islamic fundamentalist movement is British foreign policy. The “fifth column” which has been inhabiting our “establishment” (as well as that of the USA) since the end of the second world war, financed by international monied interests in the City of London and Wall Street, is the true source. 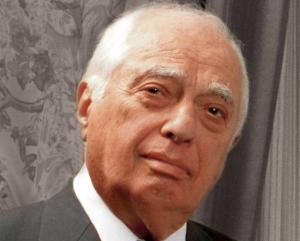 Godfather of this policy is Bernard Lewis. Born in 1916 to middle-class Jewish parents in Stoke Newington, Lewis gained a doctorate in the history of Islam from the University of London School of Oriental and African Studies. During the second world war, he was a military intelligence officer, and later seconded to the Foreign Office. He refuses to give further details. After the war, he worked as a lecturer at the School of Oriental and African Studies, and in 1949, at the age of 33, he was appointed to the new chair in Near and Middle Eastern History.

In 1974, he was posted to Princeton University’s Center for Advanced Studies. It can be demonstrated that since his arrival at Princeton, Lewis has been responsible for every piece of strategic folly into which the USA has been drawn in the middle east.

For example, he was the architect of Zbigniew Brzezinski’s “Arc of Crisis” policy of fomenting Muslim Brotherhood fundamentalist insurrections all along the southern borders of the Soviet Union. The planned fostering of radical Islamist war provocations was known, at the time, as “the Bernard Lewis Plan.”

Some of the results of this Lewis-Brzezinski collusion:

As early as 1960, in a book-length study he had prepared for the Royal Institute for International Affairs, under the title “The Emergence of Modern Turkey,” Lewis argued against the modernising, nation-building legacy of Turkey’s Mustafa Kemal Ataturk. He argued instead for the revival of an Ottoman Empire that could be used as a British geopolitical battering ram against Russia and against the Arab states of the Persian Gulf, in alliance with Israel.

But it is for the hoax of the “Clash of Civilisations” that Lewis is most famous, and it is in recognition of this policy that the alarm bells of us all should be ringing, for it is this policy which is being stoked by those who foment anti-Islamic feeling today. And it is the trap set by this policy which those who send the round robin emails fall into.

The term “Clash of Civilisations” first appeared in an Atlantic Monthly article written by Lewis called “The Roots of Muslim Rage,” published in September 1990. Samuel Huntingdon’s subsequent diatribe, originally published in the Council on Foreign Relations’ Foreign Affairs magazine, was a poor caricature of this more sophisticated historical fraud, which painted Islam as being engaged in a fourteen century long war against Christianity.

In 1992, Lewis continued the hoax in Foreign Affairs magazine. He postulated that the era of the nation-state in the Middle East had come to an inglorious end.

“The eclipse of pan-Arabism,” Lewis wrote, “has left Islamic fundamentalism as the most attractive alternative to all those who feel that there has to be something better, truer, and more hopeful than the inept tyrannies of their rulers and the bankrupt ideologies foisted on them from outside.” The Islamists represent “a network outside the control of the state … The more oppressive the regime, the greater the help it gives to fundamentalists by eliminating competing oppositionists.”

He concluded the Foreign Affairs piece by forecasting the “Lebanonisation” of the entire region (degeneration into fratricidal violence and chaos), with the exception of Israel: “Most of the states of the Middle East … are of recent and artificial construction and are vulnerable to such a process. If the central power is sufficiently weakened, there is no real civil society to hold the polity together, no real sense of common national identity or overriding allegiance to the nation-state. The state then disintegrates—as happened in Lebanon—into a chaos of squabbling, feuding, fighting sects, tribes, regions and parties.”

In 1998, Lewis wrote another article for Foreign Affairs magazine, entitled “License To Kill: Osama bin Laden’s Declaration Of Jihad.” In it, he heaped praise on bin Laden’s “Declaration of Jihad Versus Jews and Crusaders,” saying it was “a magnificent piece of eloquent, at times even poetic Arabic prose … which reveals a version of history that most Westerners will find unfamiliar.”

Lewis has passed his views on to his son, Michael, who is director of the American-Israeli Public Affairs Committee’s super-secret “opposition research section.” This is one of the most important wellsprings of propaganda and disinformation, which continues to saturate the U.S. Congress and American media with war-cries for precisely the Clash of Civilizations Bernard Lewis has been promoting for decades.

So the next time you receive an email showing images of Islamic demonstrators with plaquards demanding “the real holocaust,” whenever you hear of a mosque being built in a location intended to cause offense, or whenever “Baghdad style violence” comes to the streets of Britain, ask yourself, whose is the policy which caused it? Who is the real enemy?

8 thoughts on “The Fake Clash Of Civilisations Exposed”